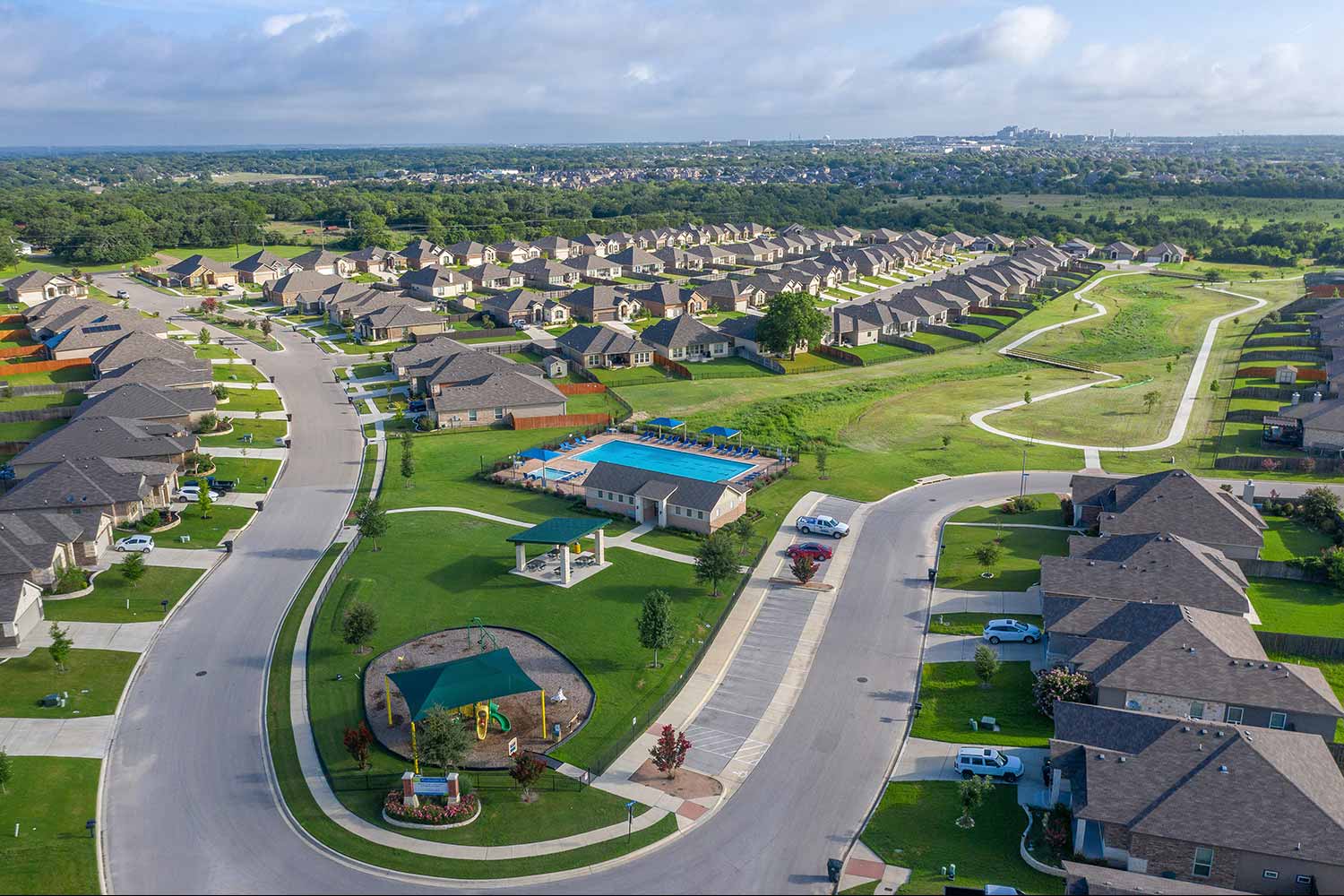 Temple is the 52nd largest city in Texas (according to Wikipedia) – with an estimated city population of 76,256 in 2019, there are at least 10 other cities similar in size, yet Temple has something that the rest simply don't: the perfect combination of location, amenities, and most importantly, affordability.

Most of the cities listed are close to a single major city, while Temple is situated less than an hour from Austin, two from Dallas & San Antonio, and just three to Houston...AND without the daily hassle of commuting in high traffic or for longer distances.

Combine this with the low cost of living, residents of Temple can not only get to major cities easily, but they can afford to.

This map shows the changes Temple has experienced over the last 35 years (courtesy of Google Earth Engine Timelapse).

Focused on south Temple, the map shows the intersection of I-35 and HWY 190; near the bottom at the center, you'll see the streets of Wyndham Hill come to life over the last 10 years.

According to the City of Temple's Comprehensive Plan, Temple has experienced a stable rate of growth averaging nearly 25% per decade.

With over 50 years of experience in land development, commercial construction and home building, Omega has been integral to the growth & development of Temple.

Anchored by the Scott & White Medical Center, Temple College, and the VA Hospital, south Temple offers residents the opportunity to live, work & play with a range of amenities all less than 10-15 minutes away!

Wyndham Hill became one of the most sought after communities in south Temple by offering superior quality homes at affordable prices with included features focused on easy living.

Our team is hard at work preparing for the opening of Friar's Creek, just a few minute away from Wyndham Hill, and we look forward to bringing some of our most popular floor plans & features to offer affordable luxury in south Temple!

Discover the 10 Advantages of New Homes:

Editor's Note: This post was originally published in July 2017 and has been updated to reflect the most accurate information.

Stay up to date

get the latest articles from the omega team